Share a memory
Obituary & Services
Tribute Wall
Read more about the life story of John "Jack" and share your memory.

John (Jack) Pierick passed away peacefully on December 3, 2022 at the Good Samaritan Society in Manson, Iowa. Jack was born January 30, 1936 in Carroll, Iowa to John and Barbara (Krischel) Pierick. He had one sibling, Donna White of West Des Moines. Jack started school in Palmer before the family moved to Knierim, eventually moving back to Palmer. His parents farmed until their retirement. Jack graduated from Manson High School in 1954 where he was Student Body President. He was active in baseball and FFA. Jack was known for his fastball as he pitched his team to the state tournament in 1954. In the spring of 1955, Jack headed to Spring Training camp for the Baltimore Orioles in Thomasville, GA. After the scout that signed him died, he became homesick, and he decided to come back home and farm with his dad. After a couple years of farming, he decided to become a coach and obtained his bachelor’s degree from Buena Vista College, where he played baseball. Later, he received his master’s in school administration from Truman State University. Jack taught social studies, coached, and was a principal/athletic director for over 31 years working at the following schools: Allison-Bristow, Paton-Churdan, Twin Rivers of Bode, Manson, and Manson/Northwest Webster. He received the School Administrator’s Award from the Iowa High School Boys Athletic Association and was Buena Vista College High School Coach of the Year in 1983. Jack coached baseball, softball, basketball, and football; his 1983 softball team placed 8th at State. In his coaching career, he won 477 baseball games and 149 softball games. He was a strict disciplinarian who coached with a Bobby Knight style, but always had a soft heart and appreciated hard work.

After retiring from education, Jack started a very rewarding second career at Opportunity Living in Lake City, a facility for mentally and physically challenged adults. He loved the residents, and they loved him!

Jack was very active at St. Thomas Church, attending daily Mass and serving as trustee for over 20 years. He was also an active 4th degree Knight of Columbus.

Jack loved Manson and was always willing to support the town. He was on the City Council, School Board, Good Samaritan Board, and Cemetery Board.

Jack married Marilyn Simpson in 1961, and they were married over 61 years. They had 2 children, Jeff (Karen) of Des Moines, and Jackie (Marc) Wallin of Urbandale. He was a very dedicated son to his parents; a devoted husband and father; and a proud grandfather. Jack was known for his Yogi Bear stories, which he eventually told his grandchildren. He loved attending his grandkids events. His nine grandchildren are Matt Pierick (Meredith), Tom Pierick (Sarah), Rachel (Tom) Seraphin, Kathryn Pierick, Michael Pierick, Liz Wallin, Maddy Pierick, Danny Pierick, and Jackson Wallin, and his five great grandchildren are Willy and Charlie Pierick, Genevieve and Andrew Pierick, and Lucy Seraphin. Jack loved to hunt, fish with his boat, and play and attend games with his family. In his day, he played town team baseball for many years with the Palmer Rockets and the Churdan team.

Memorials in his name may be made to the St. Thomas Catholic Church, Manson, or Pulse life Advocates (formerly Iowans for LIFE), West Des Moines.

May his soul rest in peace.

To send flowers to the family or plant a tree in memory of John "Jack" Michael Pierick, please visit our floral store. 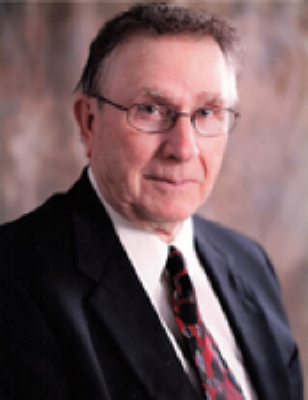