Share a memory
Obituary & Services
Tribute Wall
Read more about the life story of Craig and share your memory.

Craig Alan Johnson, the son of Herbert and Irma (Groot) Johnson, was born August 17, 1957, in Fort Dodge, Iowa. He was raised on the family farm outside of Manson and graduated from Manson High School in 1975. He then attended Iowa Central Community College, receiving his associate’s degree in the Farm Power Mechanics program, and began farming with his dad, brother, and uncle. On July 16, 1983, he was united in marriage to Sharon Nieland at St. Thomas Catholic Church in Manson. They made their home on the family farm and enjoyed 39 years together. He died suddenly at Trinity Regional Medical Center on December 24, 2022.

Together, Craig and Sharon raised two daughters. His family was his number one priority and visiting them at every opportunity. He became a grandpa in early December and couldn’t wait to share his love of John Deere tractors. His first purchase after Elliott’s arrival was a collection of John Deere diecast tractors, never mind that the age recommendation on them was 14+ years. His second love was continuing his family’s farming legacy and being a steward of the land. In addition to farming, he and Sharon loved riding their motorcycle on Sundays in the summer, exploring the National Parks, and adventuring in the mountains and deserts on side-by-sides. He also deeply enjoyed running a farm repair business, B & C Repair, with his brother.

To send flowers to the family or plant a tree in memory of Craig Alan Johnson, please visit our floral store. 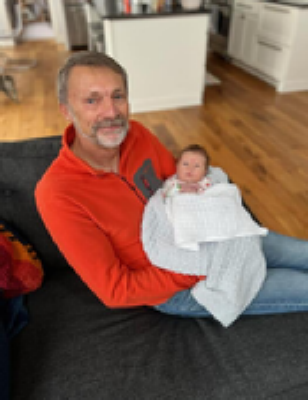